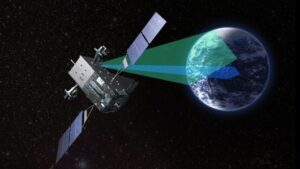 The Biden administration’s 2023 budget proposal would include more than $4.7 billion for satellites to track missiles and hypersonic weapons.
Credit: Space Force

Space programs would get an $8.9 billion boost under a budget proposal offered by the Biden Administration on Monday, with an extra $1.9 billion for NASA programs and a $7 billion increase for the Space Force, including a $4 billion hike in research and development.

The plan covering the fiscal year that begins Oct. 1 would boost NASA spending from $24 billion in 2022 to $25.9 billion. The additional funds would be directed to the Artemis program for lunar exploration, a new climate monitoring program, and ramp up work on commercial space stations in Earth orbit. The Space Force would see its budget rise from $17.5 billion in 2022 to $24.5 billion in 2023, with notable additions, on top of the extra money for research, including $4.7 for satellites to spot missiles and hypersonic weapons, and $1.8 billion for a pair of Global Positioning System satellites.

The White House said the boost in military space spending comes as the Pentagon works to keep ahead of Chinese advances in orbit while deterring wars, including the battle between Russia and Ukraine, from targeting space assets.

“Space is vital to U.S. national security and integral to modern warfare.,” the Biden Administration stated in documents accompanying the spending plan. “The budget maintains America’s advantage by improving the resilience of U.S. space architectures to bolster deterrence and increase survivability during hostilities.”

Much of NASA’s boost came from increased spending on the Artemis program that aims for crewed lunar missions within three years.

“The budget provides $7.5 billion, $1.1 billion above the 2021 enacted level, for Artemis lunar exploration. Artemis would return American astronauts to the Moon as early as 2025, land the first woman and person of color on the Moon, deepen the nation’s scientific understanding of the Moon, and test technologies that would allow humans to safely and sustainably explore Mars,” the administration stated.

“The budget invests $2.4 billion in Earth-observing satellites and related research to improve the Nation’s understanding of climate change. The new satellite missions would form an Earth System Observatory that would provide a three-dimensional, holistic view of Earth that is needed to better understand natural hazards and climate change. In addition, NASA would collaborate with other agencies to enhance greenhouse gas monitoring and make greenhouse gas data more accessible to a broad range of users,” the administration stated.

The budget would dramatically increase spending on a Department of Commerce initiative to help commercial satellite firms avoid collisions in orbit.

The budget commits $88 million, a $78 million increase from the 2021 enacted level, for the Office of Space Commerce to improve real-time tracking and reporting of space objects and debris and help the space industry safely navigate a congested space environment.

The Commerce Department would also get an extra $2 million to improve Bureau of Economic Analysis studies of America’s booming space economy.

The administration would boost total Pentagon spending to $773 billion, up 4% over 2022’s budget. The government’s 2022 budget was approved by Congress this month after nearly six months of gridlock that saw agencies paying their bills under short-term “continuing resolution,” deals, which locked spending at 2021 levels.

Other provisions of the 2023 budget plan would give troops a 4.6% pay raise, the largest increase since the Reagan administration. While military space programs saw a boost, Biden’s budget also aims for cuts elsewhere. The plan calls for retiring aging ships including the Navy’s Aegis cruisers and older planes including the A-10 Thunderbolt II attack aircraft.

Whether agencies actually get increases proposed in the 2023 budget could hinge on congressional approval of provisions from the Biden administration designed to raise more than $90 billion in revenue. Revenue proposals include a $23 billion tax increase for the nation’s wealthiest residents and taxes to target cryptocurrency trading, capital gains and inherited cash. 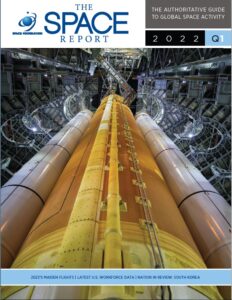 The Q1 edition of the Space Report is due for release April 5. Subscribe now to gain access to this comprehensive look at the global space ecosystem. 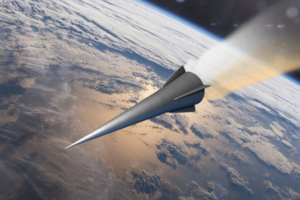 Later this month, get an extensive look at the race for hypersonic weaponry and defenses that has America sprinting to match its rivals. Subscribe today.

Posted in Uncategorized and tagged Slider
Scroll To Top