Introduction | Half the world is gearing up for warm, sunny weather as the Northern Hemisphere heads into summer. The comfort and eye protection provided by sunglasses make them a staple for many. However, most people might not realize that the technology that supplies us with durable, protective lenses — now used by several eyeglass brands — developed from multiple research projects as NASA sought to protect equipment in the harsh conditions of space. 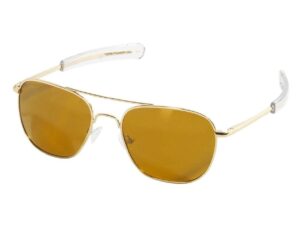 Sunglass lenses made with one such technological advancement, polarization, improve visual clarity and protect the eyes from the sun by reducing light glare.1 A chemical coating that filters light waves is applied to the lenses. The filter allows vertical light waves to pass through while blocking harmful horizontal waves that can damage the eye. The result is an enhanced visual capability that allows the wearer to decipher small details in his or her environment.

A company from California, called SunTiger, Inc., began manufacturing sunglasses with polarized lenses in the 1980s.2 The polarization technology originated from research done by James B. Stephens and Charles G. Miller at NASA’s Jet Propulsion Laboratory (JPL) in 1987.3 The JPL scientists studied the damaging properties of light in space as well as the radiation generated during laser and welding work. Harmful ultraviolent light, such as UVA, UVB, and blue light, can negatively impact vision and cause long-term eye damage.4 Those harmful effects include cataracts, which plague millions of people in the United States alone, macular degeneration, skin cancer around the eyes, and even blindness.

In an effort to mitigate these effects, JPL turned to existing research on the visual ability of birds of prey.5 The eyes of eagles, hawks, and similar birds contain a naturally produced oil that absorbs certain types of lightwaves. This filtering technique reduces glare and enhances color contrast and focus, which allows the bird to differentiate between its prey and the natural environment from high altitudes. The scientists combined this research with their own to create a filtering system for a welding visor using dyes and tiny particles of zinc oxide to absorb and scatter ultraviolent light while letting visible light waves to reach the eyes. 6 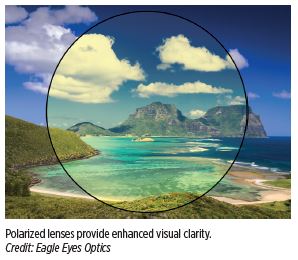 Stephens and Miller took their research one step further by using computer analysis to design sunglasses for different lighting situations, and SunTiger, Inc. was born.7 SunTiger began marketing a line of sunglasses made with NASA-licensed technology that promised to eliminate 100% of the dangerous wavelengths of light while improving visual precision.8 Over time, the company changed its name to Eagle Eyes Optics and now manufactures over 40 styles of sunglasses for men and women.9 Different models are made for various lighting situations and environmental conditions, including bright sun and low light.10 All styles feature the company’s TriLenium Gold™ polarized lenses, which provide maximum protection against harmful light waves, scratch-resistance, and optimum visual clarity.11 In 2006, Eagle Eyes earned Space Foundation’s lifetime Certified Space Technology seal for its lens technology.

Revo, another company that manufactures polarized lenses, also developed from NASA research.12 NASA astrophysicist and optical engineer Mitch Ruda began working on special coatings to protect satellite portholes from damaging space radiation in 1982. Ruda, an avid skier, decided to use that same technique to protect the eyes by applying the coating to a pair of sunglasses. Revo was formed in 1985.

All of the company’s sunglasses feature NASA’s Light Management System technology that filters out all ultraviolent light and prevents potentially life-altering visual complications.13 Revo offers multiple eyewear collections for many purposes. Some models protect the eyes from light reflections off bodies of water, while others are made for both summer and winter athletic activities. The company also offers sunglasses for everyday use with all styles featuring the same light-filtering polarization technology.

Techniques used to create scratch-resistant lenses also grew from NASA technology. In 1972, the Food and Drug Administration (FDA) issued a regulation requiring that all sunglass and prescription eyeglass lenses be shatter-resistant.14 Manufacturers began making their products out of plastic instead of glass, but, one major disadvantage of plastic is how easily it scratches. Companies needed a method that better protected the lenses. 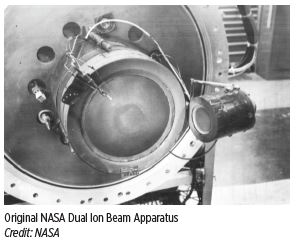 A project that began in the 1980s at NASA’s Lewis Research Center, now known as the Glenn Research Center, focused on creating synthetic diamond coatings to protect aerospace systems in the unforgiving space environment.15 NASA scientists tested the properties of diamond-like carbon (DLC) coatings on substrates and researched different techniques to apply the film. One coating method, called ion deposition, involved using an ion generator to create a stream of ions that attaches to a substrate and forms a thin protective film.16 The DLC films were hardy and improved the durability of the substrates to which they were applied.

Lewis Research Center patented the procedure and licensed it to Air Products and Chemicals, Inc. of Pennsylvania.17 Diamonex, Inc., a spinoff company of Air Products and Chemicals, now uses the licensed technology to manufacture protective coatings for optical products. These products, although made of plastic, have a comparable scratch resistance to glass.18 Diamonex coatings are applied to Ray-Ban sunglasses, which are produced and marketed by Bausch & Lomb, Inc.19 These sunglasses feature the company’s DiamondHard® technology that makes 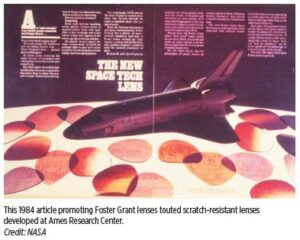 Vintage pairs of the DiamondHard Ray-Bans still sell for up to hundreds of dollars online.

Since 1984, Foster Grant has also manufactured sunglasses developed with NASA technology.20 Originally, an abrasion-resistant coating and application technique was developed at NASA Ames Research Center by Ted Wydeven, who was working on a water purification system.21 NASA took his research further and used the film to protect space helmet visors and other equipment. Wydeven’s coating increased the durability and scratch-resistance of the plastic materials.22 Foster Grant obtained the license from NASA in 1983 and used it to manufacture stronger optical lenses.23 One of their products, called the Space Technology Lens, was designed to be five times more scratch-resistant than most traditional lenses.24 Fosta-Tek Optics took over the license from Foster Grant in 1991 and uses it to produce eyewear and other commercial goods.25 The protective coating that the company applies to its products makes the lenses resistant to abrasions as well as fog, heat, and vision-altering reflection.26

Sunglasses made with different techniques that originated at NASA provide people all over the world with a safe, durable, and effective way to protect their eyesight from harmful light waves. The applications for these products are widespread as they can be used for both summer and winter sports, for professional activities in harshly lit environments, or just for everyday wear. Regardless of the purpose, these technologically advanced sunglasses are a great tool for preserving eye health throughout a person’s lifetime. 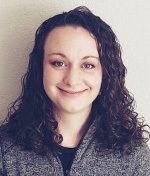 Tara Larson is a graduate of the University of Colorado with a master’s degree in public administration with emphasis on the space industry. She is a research consultant for The Space Report.