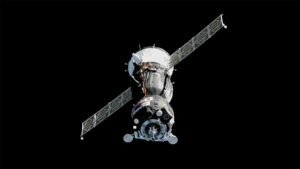 The first self-funded space tourist to reach the International Space Station in more than a decade reached his destination aboard a Russian Soyuz capsule Wednesday.

Japanese fashion mogul Yusaku Maezawa paid $88 million for the ride, the BBC reported, and was accompanied on the trip by documentary filmmaker Yozo Hirano. Their Soyuz MS-20 spacecraft piloted by cosmonaut Alexander Misurkin reached the station at 6:40 a.m. Virginia-based Space Adventures arranged the flight and 12-day stay in orbit. 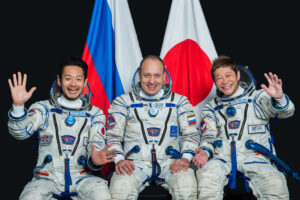 In the history of spaceflight, seven tourists rocketed into orbit before 2021. This year, every record for space tourism was shattered as commercial ventures and new efforts by Roscosmos sent another 22 tourists to suborbital and orbital space, analysis by The Space Report found. Maezawa and Misurkin become the 11th and 12th visitors to the International Space Station. In the 20 years of private space travel, 25% of those tourists were women.

“In 2023, Japanese entrepreneur Yusaku Maezawa and the crew of dearMoon will become the first civilian passengers on a lunar Starship mission, featuring a fly-by of the Moon during their week-long journey,” SpaceX stated in a news release. “This flight is an important step toward enabling access for people who dream of traveling to space.”